2019 is coming soon, and at Mobindustry we’ve been thinking about what new year holds for mobile development. What developer skills will be the most valuable in 2019? What technologies and apps will be trending? Read on to find answers to these and other questions.

The mobile market may seem oversaturated, digital transformation for companies became an essential, as there are already over 4,100,000 apps in the Google Play Store and Apple App Store combined.

However, this market still continues to thrive, and that isn’t going to stop anytime soon. Forecasts as far out as 2022 suggest that both the number of apps and the money people spend on them will keep growing.

AppAnnie has done comprehensive research on the mobile market and has predicted that this is where the market for mobile apps will be by 2022:

While there are reasonable concerns about the prospects of most apps to grow their audiences, mobile app downloads will still increase due to rising markets in India, Indonesia, Brazil, Vietnam, Egypt, and other countries.

For example, the digital market in Southeast Asia is booming right now, with 350 million internet users, an increasing number of smartphone owners, and growing demand for mobile applications.

All this will surely reflect on the total mobile app market value. According to Market Research Future, by 2023 the mobile market will have grown to $165 billion, showing a 14% CAGR from 2016.

Even with chatbots and other mobile technologies that some claim will replace mobile applications, the global market will continue growing.

If you’re interested in our latest forecast for web development languages and frameworks, check out this article:

Some languages have long proven popular and are so significant that they’re not going to lose their status for at least another five years. I’m talking about languages like Java, JavaScript, Objective-C, and PHP. These languages have already become classic, and they’re a must for any mobile development company.

To create truly modern and flexible apps, however, it’s important to go beyond these with relatively new programming languages that will be used in the future. These languages are more concise in comparison with the older ones and have worked out some inconsistencies and overly complex algorithms of previous languages.

Python is currently the fastest growing programming language on the mobile development market.

And it’s projected to grow even more next year:

While JavaScript and Java are stable, having remained leaders for many years already, Python is skyrocketing and is expected to soon become the most popular programming language out there.

What’s so great about Python?

Python is a powerful language that you can use for different purposes and in different domains such as:

Python got rid of overly complex syntax, so it’s easy to learn it and read it as well. This helps new developers to quickly understand what’s going on inside a project. With Python, you can create any app for any platform.

Kotlin is a relatively young native Android language that will probably replace Java at some point. It’s a great language to create Android apps with in 2019, as it has so many possibilities that Java doesn’t. It also solves some problems that Java has.

The Kotlin developer community is rather small at the moment, and this can be a problem. But Kotlin is evolving fast. If you’re considering a programming language for your innovative project or startup, look at Kotlin.

Swift is the next-generation iOS language. Just like Kotlin, it’s still rather young and promising. In comparison with Objective-C, Swift offers more concise and clearer code. It requires fewer lines of code than Objective-C to complete the same task.

Swift is also more secure and easier to fix. Its compiler errors help to reduce the time needed for bug fixing. Moreover, Swift is actually an open-source project, and it’s evolving fast since anyone can contribute.

Its memory management system allows developers to focus on app logic instead of worrying about the memory of each object, as was the case in Objective-C.

The cherry on top is the dynamic Swift libraries. Whereas static libraries update only with major changes, dynamic libraries can receive separate pieces of code that improve them. This allows developers to keep applications up to date at any time.

Rust is a programming language created by Mozilla, and many believe it’s better and safer than C and C++. Its management tool allows Rust to stand out against other rising stars like Ruby and Python.

Rust is only just reaching maturity, but it’s becoming more and more popular.

What makes people learn it even though it’s difficult? Rust is safe, fast and universal: you can use it to build all kinds of applications for different platforms. 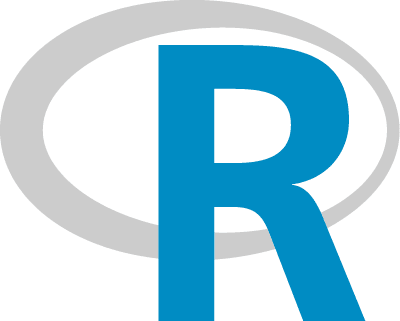 The programming language with the short name “R” isn’t very popular at the moment, but it has potential. It’s growing in popularity both in the US and internationally, and last year it became the least-hated language according to a Stack Overflow survey.

R is an open-source programming language that’s great for UIs. Visual representation of data is a must, and R is one of the best languages to create beautiful animations, graphs and other UI elements in your mobile app. It’s also used for statistical computing, which is why it’s useful for data science.

The top mobile technologies haven’t changed much since 2018, and we predict that in the coming year developers and companies will continue to implement these technologies in their mobile apps:

Augmented reality (AR) is still hot. In 2019, even more mobile devices will appear that support AR and companies will start to use it more widely.

The augmented reality market is still young, but it promises massive growth.

In 2019, we’ll see lots of interesting uses for augmented reality in domains like:

Augmented reality is becoming easier to develop each year with ARKit from Apple and ARCore from Google. We’ll see more of new tools for creating AR apps in the coming year for sure.

Read Also:
14 Augmented Reality Ideas for Your Next Business >

Mobile payments are becoming more advanced, easier for users, and more secure. In 2019, more people will adopt contactless payments as more shops and supermarkets integrate them into their systems.

As you can see, in China, Indonesia, and India, mobile payments attract the vast majority of people.

We’ve been hearing about the Internet of Things for several years already, but it hasn’t experienced mass adoption yet. The main reason for this is lack of standardization, but companies like Google are trying to solve this problem and offer a single solution: in Google’s case, Google IoT Core.

The whole market now has to try to create standards for IoT and make sure that devices are well-connected to smartphones and that this connection is secure.

IoT is a great technology of the future that will enable people to control many devices from their smartphones. IoT devices controlled by mobile apps can be used in:

Many companies will use artificial intelligence (AI) and cloud technologies to deepen their interactions with customers with the help of chatbots and big data.

Chatbots on mobile will be able to answer basic inquiries and therefore save money for companies by reducing costs of customer support specialists. Moreover, chatbots will send all information to the cloud, where it can be accessed from any platform. This will help to achieve:

Wearables are a trend each year, and 2019 won’t be an exception. Wearable technologies continue to thrive even though there are only a few manufacturers who have managed to stay profitable.

While Garmin, Jawbone, Fitbit, and other wearable giants are struggling to stay afloat, Apple successfully sells its Apple Watch.

All of the wearables companies we’ve mentioned are now shifting from producing fitness trackers to creating more full-featured devices like smartwatches. Other types of wearables, for example smartwear and smart glasses, aren’t so popular. Wrist wearables will continue to hold leading positions in 2019.

Mobile apps for smartwatches will be a trend in 2019 for sure.

In 2019, the mobile trends of 2018 will only become bigger. AR, AI, wearables, omni-channel, and cloud technology will define the market leaders in the most popular domains for mobile development:

The most popular programming languages for mobile in 2019 will be:

However, leading languages like Java, JavaScript, and Objective-C are still relevant and will continue to be important for the mobile development market.

In 2019, mobile apps will become more intelligent and personalized as businesses need to use all the information they have about clients’ behavior, preferences, and even locations.

If you’re currently shortlisting mobile and web development experts for your current or future project, we’ll be glad if you add Mobindustry to your list. To find out more about our company and how we work with clients, visit this article.

What trend is the most interesting for you?