Home / Blog / How to Build Effective Tests for Your Android App

How to Build Effective Tests for Your Android App 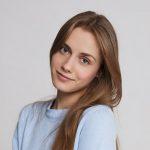 Testing is an integral part of software development. Inserting test scripts in code ensures the smooth performance of an app. And in order to fill code with tests, one has to adhere to a certain architecture. In this article, we’ll talk about basic principles and frameworks for building tests for Android

Testing can be done at different levels and with varying degrees of detail:

Within the Android framework, we can conduct all three types of testing. Modular testing is the most detailed. With its help, we can test standalone modules (classes and methods). Integration testing is more high-level: while testing how several modules interact, we can conduct tests on a certain screen of the application. System testing is carried out at a higher level, testing several screens at once or the application as a whole.

In this article, we describe modular and integration testing based on the JVM. Let’s start with modular testing.

The purpose of modular testing is to isolate individual components of the application and verify their functionality.
For modular testing, Android developers use the JUnit library. JUnit is a simple open-source framework for writing repetitive tests. These tests are run on your local computer and compiled to be launched on the JVM to minimize the run time.

Let’s look at a basic example to get familiar with the main features of JUnit:

Let’s take a look at what’s going on here. With the @Test annotation, we mark methods responsible for the test logic. In our example, we’re checking whether an object was actually created and whether the attribute of the created object corresponds to the specified condition. Two other annotations – @Before and @After – indicate the methods that will be called before and after each test, respectively.

In order to cover an actual Android-based app with tests, JUnit is not enough

Note that in order to cover an actual Android-based app with tests, JUnit is not enough.

Let’s imagine we’re testing a class. Most likely, this class will have some dependencies that need to be replaced or imitated in the test environment. There are several ways to provide dependencies in the test environment (creating real test objects, creating mockups with the help of additional libraries, via dependency injection libraries), but we won’t talk about all of them in this article. In most cases, libraries are used, as building new test objects takes longer.

The types of dependencies associated with your tests typically determine which tool you use:

For instance, say we have an application that displays a list of popular Reddit API publications.
The Model–View–Presenter (MVP) architecture is used to build the user interface. The app consists of a single Activity and a single Presenter. The latter is responsible for business logic not related to the UI and additional classes (model classes, APIs, etc.).

Our Presenter doesn’t have any Android dependencies and, therefore, can be tested within the Mockito framework. At this point, we can test whether the app successfully receives the list of publications and passes them for display.

This means we need to check that after we request the View to publish, the getGeneralData, loadSubreddit, and showErrorMessage methods are called. We can conduct a check with Mockito. We just need to mock the View object and use the Verify method to check if a certain method of a mock object has been called.

To test the Presenter, we need to replace the test response from the repository. For this purpose, we create a simple repository test class that returns an empty list when requesting any number of publications except for 0 (in which case it shows an error message to test the error case).

Now let’s learn a thing or two about integration testing. Integration tests can be run locally or on a physical device. However, since the latter method requires more time than local modular tests, developers tend to use it to evaluate the performance of the application on specific device hardware.

Integration testing checks the interaction between several modules. In our case, it will be a separate screen (Activity). If, while testing the Presenter, we’re checking that certain methods were called in the View, now we need to check that the UI is being correctly rebuilt after these calls (if the list of publications is loaded and displayed, for example). Therefore, we will conduct a basic UI check within the scope of modular testing. Deeper and wider testing of the UI (like a system test carried out on the black box principle) is better performed using instrumental testing (on a physical device or emulator).

Let’s take a look at our Activity class:

Since this class has a strong connection with the Android SDK, we can’t test it with the Mockito library alone. Therefore, we need additional tools for testing Android-based apps.

One of the most popular tools for working with Android classes within JUnit is Robolectric. Robolectric is a framework that provides fast and reliable Android unit tests. All of these tests are performed inside the JVM, simulating a runtime environment for Android 4.1 (API level 16) or higher.

This allows you to test code that depends on the platform without needing to use an emulator or fictitious objects. Thanks to that, you can skip such stages as dexing, packaging, and installation on the emulator, reducing testing cycles from minutes to seconds. There’s also the AndroidX Test library, released as part of Jetpack. It provides common testing APIs for test environments and includes Robolectric testing tools. Note that the Robolectric team recommends using the new AndroidX API interface instead of APIs unsuited for Robolectric, which will soon be deprecated and deleted.

Robolectric has a very limited set of APIs for communicating with the View. Usually, Android SDK APIs (such as Activity.findViewById) are used for[this purpose. These APIs are safe, as Robolectric tests don’t have to be in charge of the synchronization between the test threads and the user interface. An additional tool, Espresso, is usually used to test the UI. This library helps to choose matching and interaction for instrumental testing. Starting with Robolectric 4.0, Espresso APIs are now supported within Robolectric tests; thus, they are also available for local JVM tests.

Now let’s look at a short example. We will test our Activity, which includes two cases: successfully loading and displaying a list of publications on the screen and opening a screen with additional information about the publication selected from the list:

There’s a common block in both test methods: start and movement through certain states in the lifecycle of an Activity. We perform the latter using ActivityScenario, which is part of the AndroidX API. ActivityScenario provides an API to start and manage the Activity lifecycle status for testing purposes. ActivityScenario works with arbitrary actions and works consistently on different versions of the Android platform. This class is a replacement for ActivityController in Robolectric and ActivityTestRule in ATSL.

Now we launch action data in the main thread of the current activity using the ActivityScenario.onActivity method. In our first test case, we use Espresso to find the necessary View by its identifier and check its state. We need to know that the list with items is displayed and that the View doesn’t show an error.

In the second case, we need to check that a screen with a description of the publication opens when we click on the first item in the list. How exactly can we check that? For these cases, Espresso provides an additional espresso-intents package, which is used to check and plug intents for sealed testing. Intents are noted from the moment we call Intents.init. After that, we just compare intents aimed at one class using Intents.intended(hasComponent (“short class name”)), and then we clear the Intents state with Intents.release.

This test is to be performed on a local JVM using Robolectric. It can also be run on an Android device or emulator, but to do so, you have to place it in the androidTest folder and add additional dependencies to the build.gradle file.

In this article, you learned the basics of testing and testing tools for Android. Covering an application with tests is quite a time-consuming process. However, by constantly running tests in your application, you can check the correctness, functionality, and usability of the app. This way you’ll receive a stable product.

This article describes only the most basic features of popular frameworks for testing Android apps. Each of them possesses a large list of features that are necessary for testing actual projects. In addition to the mentioned libraries, there are other useful tools for testing (UI Automator, App Crawler, etc.). They greatly simplify the testing process and make it more convenient.